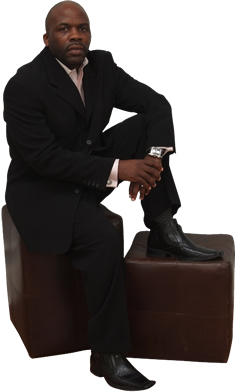 TAVARES ROBINSON is the founder and senior pastor of Sound the Trumpet Ministries of Miami, located in Miami, Florida, and serves as publisher of The Trumpet Magazine. He also serves as president of Watchman Publishing, which launched in 2018. He received a bachelor’s degree in broadcast communications from Ottawa University, in Ottawa, Kansas. While at Ottawa University, he was a three starter for the men’s basketball program, and he is currently recognized among others, for setting various school records.

In his senior year at Ottawa University, the Lord interrupted the course of his life and called him to walk according to His plans and will. The Lord spoke to Tavares and gave him a new assignment. His new mission was to “point His people back to Him, and help guard them from the evil one.” Tavares answered the call and moved back to his hometown of Fort Worth, Texas.

In 1999, he received a prophetic word that, “God was going to use him in a very strategic way in South Florida, that will open doors across the nation.” In 2001, Tavares received an invitation to speak at a local church in Miami, Florida. It was at that time that the Lord instructed him that this was the place, and he, along with his family move to Miami.

After three years of great trials and testing, Sound the Trumpet Ministries of Miami was established in 2004, and today the church has become a strong and vibrant place of worship.

The Lord has graced Tavares to speak with a bold prophetic voice, which turns the people hearts back to God. Tavares and his family currently reside in South Florida.